You are here: Home / Windows / Windows 10 Bloatware Removal Tool; How To Use Windows10debloater?

Each device manufacturer adds certain applications and services unique to their brand of devices. These apps target to automate certain services, such as Windows 10 updates, firmware updates, junk cleaning, and much more. However, more often than not, users hardly find themselves using these applications.

If you do not find yourself using these applications, you may be wondering how to delete bloatware in Windows 10. While we have already covered how to delete preinstalled Windows 10 bloatware applications using other methods, here we shall focus on windows10debloater, which is a freeware PowerShell script designed specifically for this purpose. 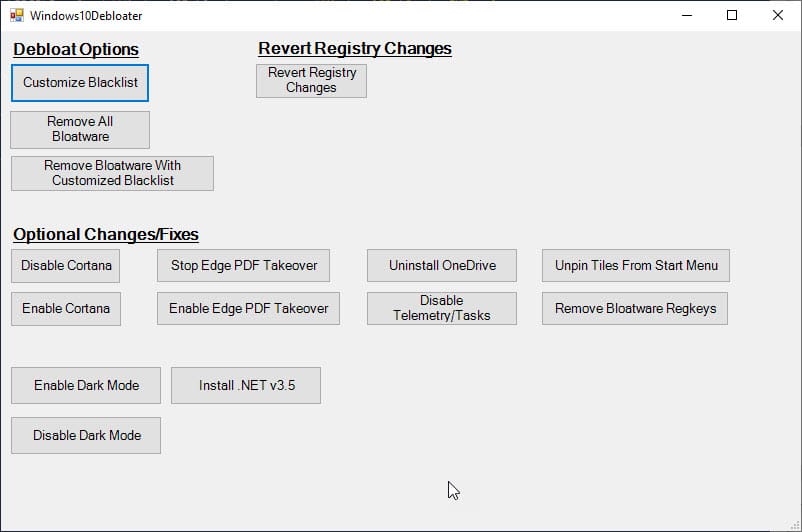 While the methods mentioned in our previous article is designed for all users, windows10debloater is mainly used by device administrators to remove certain components that they do not require on their computers. These components include promotional applications such as the telemetry components and games such as Candy Crush which is promoted with each new copy of Windows 10.

Essentially, windows10debloater is a PowerShell script that runs when granted administrative privileges. However, since Windows 10 natively blocks running scripts, you will have to read the website for the updated methods on how to run these scripts on your computer.

This is the silent version of the script, which is executed automatically upon boot. The script runs with certain parameters which include the following:

This is the interactive version of the script, requiring active input from the user regarding the bloatware removal process. This is beneficial if the user requires complete control over what needs to be removed from the computer.

As the name suggests, this is the graphical user interface version of the application. This may be essential for the users who are not comfortable running scripts and may end up using certain switches by mistake.

Note: It is recommended that you create a system backup before using the tool, which will allow you to restore your data in case anything goes wrong. 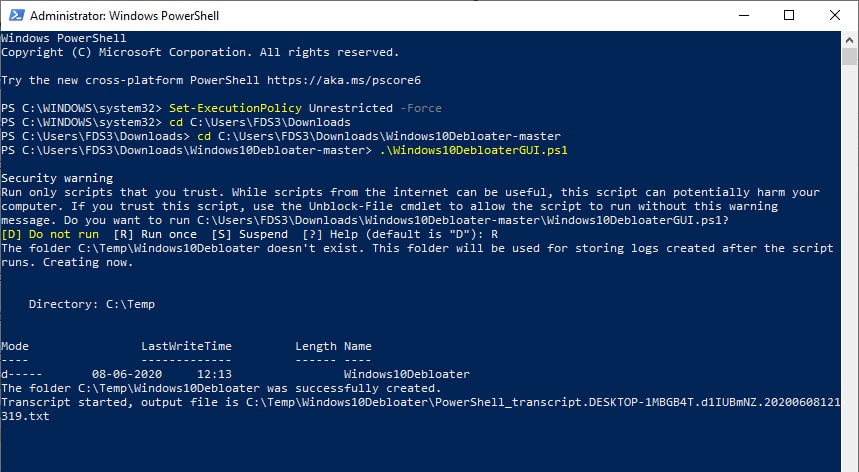 PowerShell will create the C:\Temp\Windows10debloater folder, which will be used for storing the logs created when you run the script.

What Is Removed From My Computer?

On the same GitHub page, you will also find the information regarding the components which will be removed from your computer. Apart from all the bloatware removed, additionally, the tool also removes the following:

So there you have it. Now you know how to use windows10debloater to remove the unnecessary applications installed on your computer. Comment below if you found this useful, and to discuss further the same.