You are here: Home / Windows / What Is OEM Windows? How It Is Different From The Retail Version Of Windows? 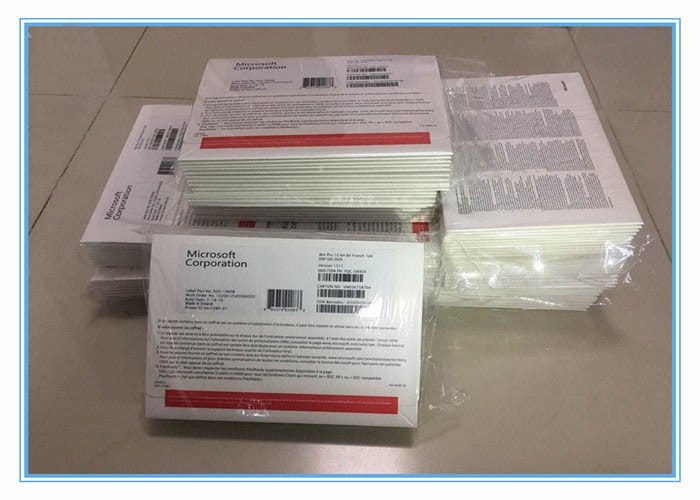 People like to buy Windows software from retail shops rather than from the OEM sites. The customers get cheap Windows keys in comparison to the OEM ones.

Some of the cheap ones are not good while some are like the legitimate ones. In this article, we will discuss the Windows 10 OEM vs retail and differences between them.

What Is OEM Windows License?

Let us know what an OEM key is. The full form of OEM is the Original Equipment Manufacturer.

These are the companies who have built-in Windows software in the PCs that they manufacture. The OEM versions come as preinstalled in the new PCs.

People can also buy them from various online and offline stores.

Microsoft has shipped many versions of Windows to different companies like Windows XP, Windows 7, Windows 8, Windows 8.1, etc. Windows OEM versions can be installed on 32-bit as well as 64-bit computers and same is the case with the retail ones.

The laptops, which have preinstalled Windows, have the key on the back of the device. This led to the chances of rubbing of the keys. Now, these laptops have the key written in the BIOS.

Sometimes hardware upgrade is necessary especially if the system has become slow. In such a case, the motherboard should not be changed as the key is embedded in it.

Here is the difference between windows 10 OEM and retail. Some people prefer to buy a separate Windows software, which is either standard software or boxed copies.

The windows 10 retail version is also available in the Microsoft site and users can download it along with the key.

The cost of the software from the Microsoft website is generally higher than other retail stores. There are many other online shops like Amazon that provide the software at a cheaper rate.

The difference in between windows 10 OEM and retail is pricing. Microsoft will charge a lesser licensing cost from device makers for OEM Windows product keys. The reason being, device creators buy them in bulk.

In use, there is no difference between the OEM and retail versions of Windows. The features and functionalities of both Windows are also the same. The difference lies between flexibility and support.

If a customer purchases the OEM copy and faces problems related to software or hardware, Microsoft will not provide them support, instead they need to call the equipment manufacturer. While if they purchase a retail copy, the support will be provided by Microsoft for windows related issues.

The difference is upgrading from Windows 7 or Windows 8 to Windows 10. Users have to buy a new license for Windows 10 in case of OEM. Such is not the case with the retail one.

There is another difference is that the OEM copy can be used only on a single device. For other devices, a separate license has to be purchased.

But the retail copy has no such restriction. Users can buy one copy and use it on many systems, by deactivating the previous ones.