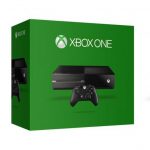 ‘Xbox One mic not working’ is a very frustrating issue for the gamers who use the Xbox One console. This console works fine everywhere except in-game chat and it becomes impossible to communicate with other players using microphones. Not only the ‘Xbox one mic’ stops working, but sometimes the headset picks some other noises or […]