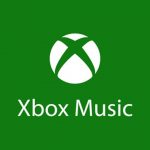 In late 2017, Microsoft announced that the music streaming feature on Xbox music (popularly known as Groove Music) was discontinued. This meant that users could no longer stream music from the Xbox music app on their Xbox One consoles. How To Port Groove Music Playlists To Spotify? If you had some curated playlists on Groove […]