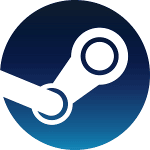 Steam is one of the most popular online game stores for the desktop gaming environment. It hosts hundreds of games from both giant game developers and small scale developers as well. The Store also has a desktop client that brings the same functionality of the web servers into a native app. However, the application faces […]