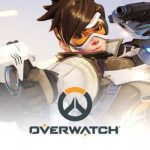 With the increase in the popularity of online shooters, Blizzard (which is widely known for DOTA and World of Warcraft) launched Overwatch in 2016. Overwatch, since then, is massively popular in the gaming community. This can be credited to the fact that the game is very well balanced, with equal fun and competition for casual […]