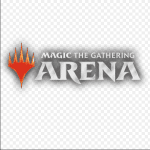 The final version of the game for Windows users was released at the end of 2019. So, this a rather newcomer to the digital world, and often you get stuck invalid command-line error when trying to run the game. Some users have complained that they were not able to boot up the game properly and […]