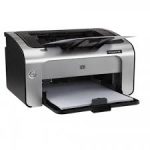 Firefox by Mozilla corporation is one of the best free open source web browsers. It is available for Windows, macOS, Linux, and Android as well. It was released in 2004 by the Mozilla community who desired a standalone browser. Mozilla Firefox is still one of the most popular alternatives to Google Chrome. While Firefox by […]