Sometimes when the game is so enthusiastically awaited, so incredibly hyped, it’s easy to get distracted at the moment – to believe that the experience is better than it really is.

However, neither of these applies to The Last of Us, Part 2. It is indeed a brilliant game, a proper sequel to a well-known classic, and it may turn out to be a last major hurrah for PS4 – just like its predecessor – allowing the aging console to retire elegantly.

We will not pretend it’s going to be everyone’s cup of tea. There will be those who will hate everything- especially despising its relentless violence. There is no question that it will raise the wrath of those who have already condemned the brutalities in games.

Yet, what they do not understand (and never will) is that any encounter, no matter how gruesome, is steeped in context and effects. This is where it varies from the vast majority of their contemporaries.

It’s really gaming as art at its best – a 30-hour video and a Bonanza box set that you can also play. Yet it’s completely engrossing from the boat-opening title to the very last credits on the film. The Last of Us Part 2 is all we hoped for and more than that, and here is why. The game price is at $59.99 on the Playstation store but by comparing offers from all key shop you might find better deals for the game and DLC’s.

The game is expanded and includes many new elements, and it opens the map. While it’s not really an open-world campaign, several levels are large and complex, and discovering them is certainly worth it. It’s great to come across Easter eggs, revealing the story through the notes and the clues that are left behind or discover helpful pick-up tools by taking some different routes.

Some small moments seem to be completely optional, and they can trigger some exciting cutscenes. Many of the pieces were just sweet, but others had a deep emotional layer. We recommend making sure you checked it all out, as it will improve the gaming experience. 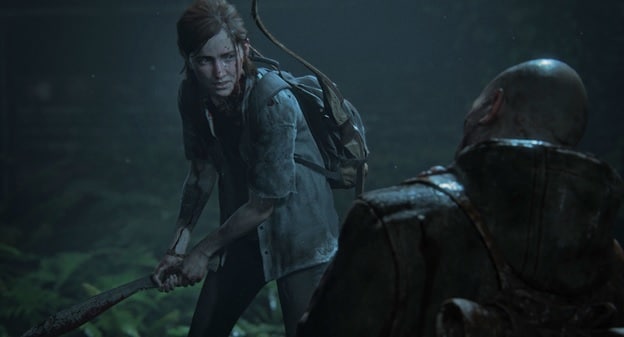 When talking about the gameplay mechanics, it doesn’t repair what’s not broken. Except for the combat improvements, the game operates similar to The Last of Us Part 1. Stealth is getting smarter, and there are many new opponents. Depending on the fighting style you chose, there are different ability trees for investing resources into. I found it easy to hop back in and enjoy the new functionalities.

The Graphic And The Visual Elements

The graphic and visuals of The Last of Us Part II become beautiful. The details of the surroundings, as well as the items in the game, are outstanding. The textures look incredibly detailed, and the environments look stunning. That’s especially important because you’ll spend a lot of time outside while playing.

The character’s design is so good that it’s even more impressive; there was also a tiny section when Ellie looked in the mirror and made different faces. The animations are quite lovely that sometimes, it sounds like the developers show off. 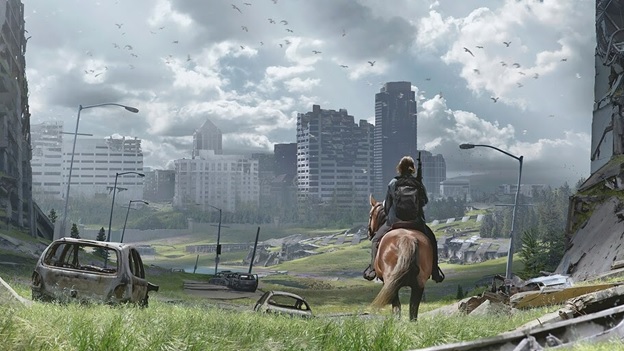 Of course, it would be ruthless not to include the stress that people who worked on the game had. Naughty Dog was blamed for his habit of putting his squad in grueling hours to finish this and many other games. It’s an awful disgrace that anybody should work in these circumstances because they’re the true heroes who made this game as great as it is.

They’ve given so many exciting areas to explore. There’s a possibility to adjust the difficulty: Your opponent’s health or the number of resources you’ll be able to find.

Players can adjust the controls to make them more usable, which could be even more important. Visually, you can make adjustments to make the subtitles easy to read and understand or to see essential details. Also, there is a text-to-talk function as well as motion sickness settings.

Players may even adjust the way they play the guitar or run a boat. These choices are often made apparent by on-screen alerts, and other usability solutions are made available at the outset. It’s a brilliant change I’m hoping to see in more series.

Is There An Alternative?

There’s nothing like The Last of Us Part II, at least not yet. Gameplay and fighting are not original, but the story behind all of those elements is unique. It seems to be one more reason for people to buy this game.

How Long Is The Last of Us Part 2?

Approximately, the main story of The Last of Us Part 2’s campaign lasts about 32 to 37 hours, made of 11 distinct chapters. It’s easy to reach the latter if you’re keen to explore and find everything available. In case you just wish to get through the main story, it may take less than 30 hours, but even the storyline-driven players would further benefit if they decide to explore more. There are a lot of exciting and useful things in The Last of Us 2.

Judgment And A Few Words At The End

The Last of Us Part II is going to be a game that gamers will mention a lot during the upcoming years, unlike the first version. The game has a solid stealth and combat experience. The characters involved in the game are great, and every player will be bound to them.

The thing I like the most is the story, and that’s what makes this game different.

The Last of Us: Part II contributes a couple of extra inches to an already scandalously high bar that the company has set for itself. It is indeed the company’s most significant accomplishment to date, extending and developing the ideas it has been working on for over ten years now.

Unmatched presentation blends with an enticing gameplay loop that places you in the shoes of its characters. It allows you to experience all the pressure and concerns of its team. It’s unpleasant, and not everyone will automatically love the path, but that’s what appears to make it so important.