You are here: Home / Internet / Xbox Music Streaming; How To Access OneDrive Music On Xbox?

In late 2017, Microsoft announced that the music streaming feature on Xbox music (popularly known as Groove Music) was discontinued. This meant that users could no longer stream music from the Xbox music app on their Xbox One consoles.

How To Port Groove Music Playlists To Spotify?

If you had some curated playlists on Groove Music, you can actually still use the same playlists. However, you will have to shift them over to the Spotify application in order to use these playlists. Microsoft itself automates the process, so here is a brief of what you actually need to do:

Step 1: Log into the Groove Music app on your Windows PC or the Xbox app.

Step 2: Wait for the Important news popup. Here, you will notice a button that prompts you to move your music to Spotify. Click on this button. 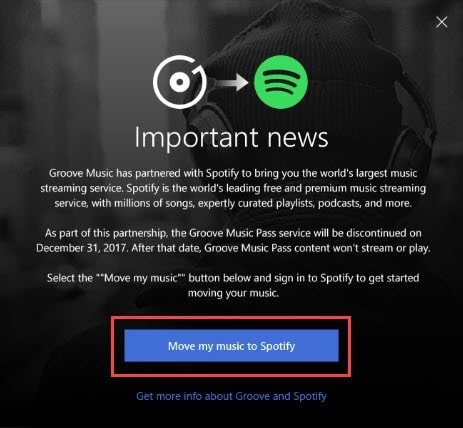 Step 3: In the Spotify page that opens, log into your Spotify account. If you do not have a Spotify account, you will be prompted to create one for you.

Step 4: Wait for your music to be moved, then play your playlist on Spotify. 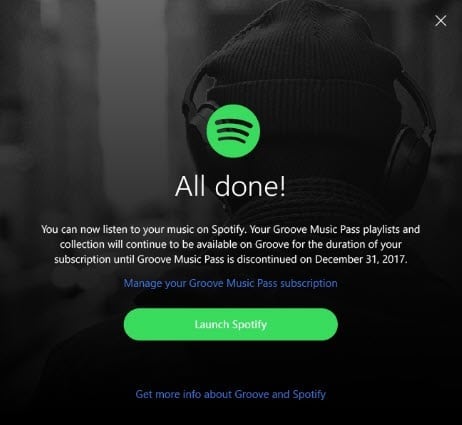 How To Play OneDrive Music On Xbox One?

With the shutting down of the music streaming service, Microsoft allowed shifting the already curated playlists over to Spotify. Now Spotify is probably the largest music streaming distributor over the internet and the shift made sense as music streaming is still gaining traction.

However, there were some users who preferred Groove music pass, probably because of the background play options. To use Xbox music for playing OneDrive music, you can actually still make the use of the Groove music app without the streaming benefits.

As of March 2019, Microsoft has shut down online synchronization of the OneDrive music files as well. This was actually the last streaming feature that was available to Xbox music, now you can only stream music from online distributors. However, your personal files will still be available on the cloud platform.

Thus, to play OneDrive music on Xbox, now you have to download your music locally and then use the music player for background music streaming

Your files will be downloaded to the local storage.

Now you can add the music you downloaded to the Groove music app, which will allow you to play these files.

If you liked the music streaming feature of the Xbox music app, now you know how to play OneDrive music on Xbox using the method provided above. Comment below if you found this useful, and tell us how you play background music on your console.