You are here: Home / Windows / Full Fixes For Exception Breakpoint 0x80000003; A Breakpoint Has Been Reached

Windows 10 is probably the most used operating system in the PC world. It has many new features that facilitate the ease of access and increase functionality. There are many small components that make up Windows 10, and for this particular reason, there is a chance that Windows 10 is also filled with bugs.

More About The Error The Exception Breakpoint Has Been Reached

Many users have reported upon execution of any random file, they are presented with an error that prevents them from opening the file. There isn’t much that you can deduce from the message box itself as there are no specifics given about why you may be facing this error.

Note: The Windows Executive Status message is a warning sign. If you are running the application in an end-user environment, rather than in a development environment, you need to contact the supplier of the running application about this message, as this should not happen when a finished program is running.

How To Solve “A Breakpoint Has Been Reached”

Since the problem is associated with registry configuration files missing or corrupt, it might be safer to create a backup of the Registry. This is recommended as then you’ll have a backup if something else misbehaves afterward. You can backup registry from within the Registry Editor by clicking on File => Export.

An SFC scan can be used to find if some Windows functions are not working, and restore the corrupted files that may have been causing the “the exception breakpoint has been reached” issue. If you are on Windows 10 or 8, run a Deployment Image Servicing and Management (DISM) tool first prior to SFC.

Note: DISM and SFC scans use the Windows Update to replace the corrupted files. If your Update Client is already broken, you may use a Windows installation disc as a backup repair source. You have to use a different command which will be listed below.

Caution: Do not interrupt the scans until the verification is complete. The scans do take time, but interrupting the scans may break your system.

3. If you are using a repair disc or other removable media, you need to use a different command. The command for this is:
DISM.exe /Online /Cleanup-Image /RestoreHealth /Source:C:\RepairSource\Windows/LimitAccess

Note: you have to replace C:\RepairSource\Windows with the location path of your repair source. You can find this path in the address bar of the drive.

After this scan finishes, you need to run an SFC scan. In the same elevated CMD, write the following command to run a System File Checker (SFC) scan and press Enter.

After the scan finishes the problem should be resolved. If there are some corrupt files, the scan will show results as a message.

The chkdsk is a command-line utility that can be used to check and recover any damaged segments of the disk storage. To run a disk checker, follow these steps:

3. Once the scan finishes restart your PC.

The exception breakpoint 0x80000003 error can also be a symptom of memory leaks. Memory leaks refer to the problem when your system does not recognize and use the available memory.

You need to run a Memory Diagnostic Tool that is an inbuilt tool to check for memory leaks. Follow these steps: 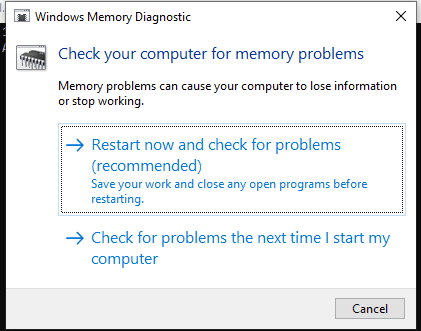 5. After a reboot, perform a basic scan or go for the ‘Advanced’ options like ‘Test mix’ or ‘Pass count’. Hit F10 to start the test. 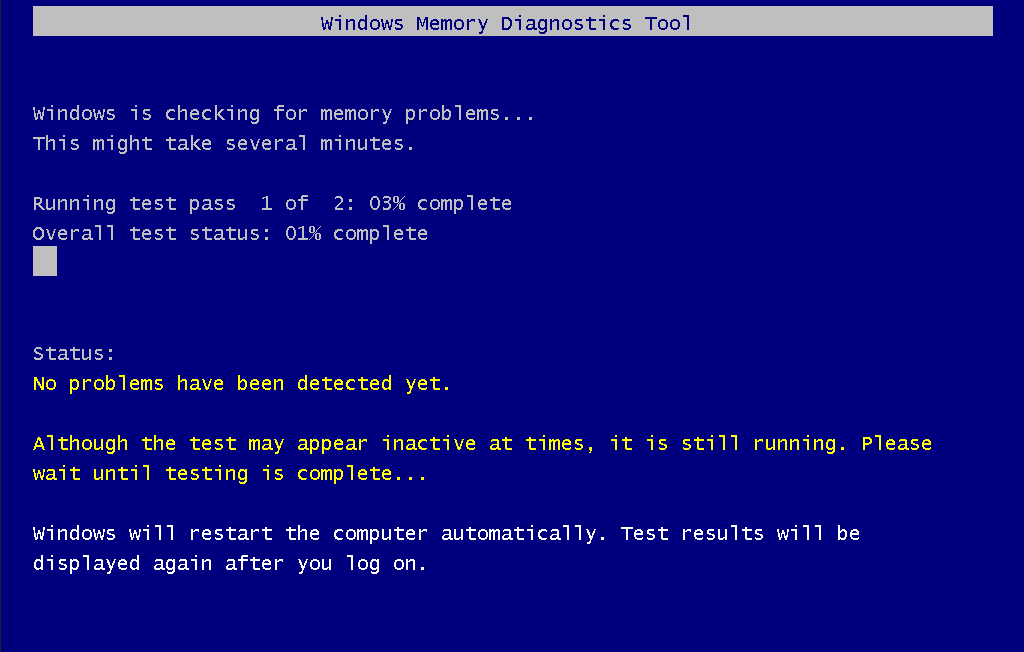 You can also use the application forums to discuss the issue and check if others had this error as well.

So, there you have it. Now you know how to solve the “a breakpoint has been reached” error using one or a combination of the errors given above. Comment below if you found this useful, and to discuss further the same.