You are here: Home / Others / A Look At The Enormous Market Of Gaming Consoles

With more people taking up gaming in their free time, the use of gaming consoles has increased worldwide. Gaming consoles are devices similar to computers that are designed specifically for playing single and multiplayer video games. While some gaming consoles have to be attached to a screen (like XBOX, PS), other consoles are handheld with inbuilt screens (like the Nintendo Switch). With top of the line hardware, software and accessibility to the public, gamers can simply download or insert games into the device, and spend hours enjoying an exciting and immersive virtual world.

Let’s have a quick look at the market and popularity of gaming consoles.

Gaming consoles are becoming a leading contender for top sales in the global electronic market. Recent studies have shown that more than 2.7 billion people play virtual (video) games across the world daily, with an estimated 677 million being console gamers, and the number has only increased since then. Sony’s veteran PlayStation 2 is still the best-selling console with about 158 million units sold worldwide, making it the most popular gaming console to date. The total revenue from this market is estimated to be over 55 billion dollars, with Asia-Pacific being the strongest market, with a value share of %50.

As these numbers demonstrate, the popularity of gaming consoles cannot be understated. Not only are these games a great recreational activity, but also cater to people of all ages with differing interests. Players can choose from a wide variety of games best suited to their interests. Whether you enjoy gore and violence or even visiting fantasy lands for your next virtual adventure, you can always find an interesting game for you. Additionally, the frequent inclusion of new games encourages more people to invest in a gaming console.

See also  Five Fun Free Services to Sign Up To!

While gamers still prefer traditional consoles to handheld ones mainly due to the much stronger hardware and bigger games libraries available, handheld consoles are becoming more and more popular – due to their lower cost, portability, style, status symbol and the growing number of games available. They also seem to cater to smaller children more easily.

Since both the controllers on the traditional consoles and the handheld ones have to be held to play a game, it is not hard to believe that similarly to PC keyboards, gaming consoles are actually bacteria hubs, especially when being shared with others and left without regular cleaning.

The concentrations of bacteria could be displayed in the following interactive image by Betway Insider:

With people’s love for games, it’s not a surprise that the threat of bacteria doesn’t really deter gamers from still using them. The popularity of gaming consoles remains unchanged and is steadily increasing.
To reduce the health risk from bacteria, it is a good idea to wipe the consoles regularly with disinfectant, and avoid touching the consoles with dirty hands.Final Take

Gaming consoles are an exciting piece of technology, used to jazz up the dull parts of your day. Their increasing popularity across the world has truly made them accessible for all gaming aficionados. Just keep them clean to enjoy a thrilling virtual reality experience. 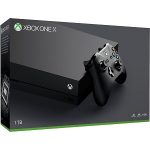 Xbox One Not Showing On TV; Loading Blank TV Screen When Turned On 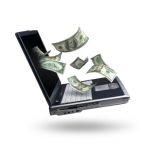 How Your Mobile Device Can Help To Save You Money 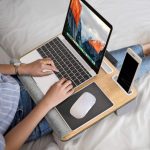 Importance Of Gadgets Technology For Students!

How to Install AppCake on iPhone?
See also  Top Mac Issues That You Can Resolve Without Expert Assistance!