You are here: Home / Windows / Why Is Digital Tv Tuner Device Registration Application Slowing Down My Computer?

With the increasing quality of displays on computers these days, it makes sense to use one device for it all. Computers have left behind the era when they were productivity driven devices, as now they are used for much more. Media consumption is one of the primary use of PCs these days, and watching live TV is usually done via casting from mobile devices.

Wouldn’t it make sense to be able to watch cable TV on computers as well? There is a tool built into Windows for this specific purpose. However, there have been complaints about this slowing down the computer a lot.

Here, I shall discuss how to troubleshoot digital tv tuner device registration application slowing down computer.

A TV tuner is a tuner device that converts analog signals to digital signals. This allows users to receive television signals on a computer. Apart from the tuner itself, you also need an accompanying software, which acts as the interface to the tuner card.

The digital tv tuner device registration application or the ehprivjob.exe process is a non-system process, which is the interface software mentioned above. It is part of the Windows Media Center, and you can receive and display digital signals on your computer screen using this.

With Media Center seeing its inevitable demise, the TV Tuner application is not of much use anymore. And more often than not, very few people actually use their computers to connect to a tuner and watch analog cable channels. This has led to Microsoft slowly not maintaining the ehprivjob.exe process anymore.

When this application and process create invalid entries in the registry, unnecessary processes are created in task manager as well. Many antivirus applications flag this process as malicious, and have confirmed that such invalid processes slow down the computer.

While the extent of the issue is overstated by antiviruses to upsell advertisements, the process can still lead to your device slowing down. Removing the processes and the entries should help you regain normalcy.

A remnant of the past, Windows Media Center is not an active component of Windows 10 anymore. If you are worried about the security of your PC, you will be relieved to see that the TV tuner application is not an active threat to your device security.

Now that you know why the ehprivjob.exe registration application is taking up your system resources, here are some simple fixes that you can try in order to regain normal usage of your computer. Note that the process mainly affects the BIOS and boot times, and rarely affects system performance after boot.

If you are one of the people who use a tuner to view cable channels on your computer, you may need the tv tuner application later on. Uninstalling the process will not help you. Instead, end the process when not in use and you should be able to use your computer without any issues.

You cannot end the process directly from the task manager, and you will need to use the Resource monitor for the same. To do so, follow these steps: 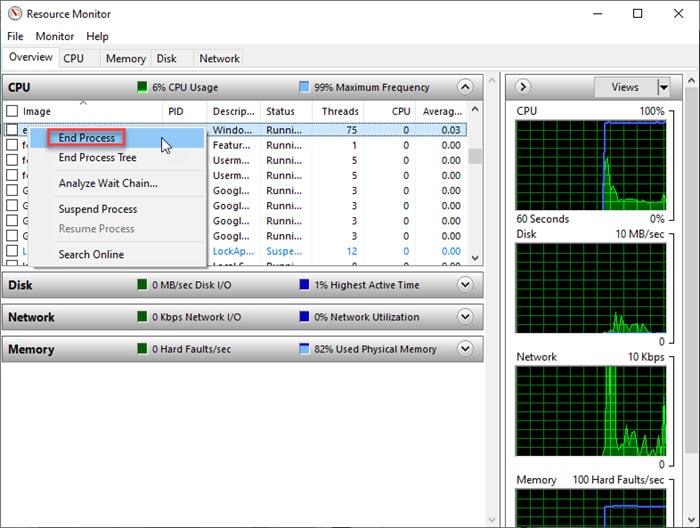 Ending the task should temporarily remove the load from your CPU. However, since it is an auto-start process, there is a chance that opening the Windows Media Service launches this process as well.

In such situations, you will need to find out the trigger and then remove that from your computer. Common triggers may include outdated applications, outdated Windows, and conflicting applications.

Since the digital tv tuner device registration software is bundled with the Windows Media Center, ending the task may not be of much use. This is especially true if you do not have the use for the tuner application and WMC as well. In such situations, turning off the Windows Media Center feature from Windows 10 will prevent it from starting automatically. 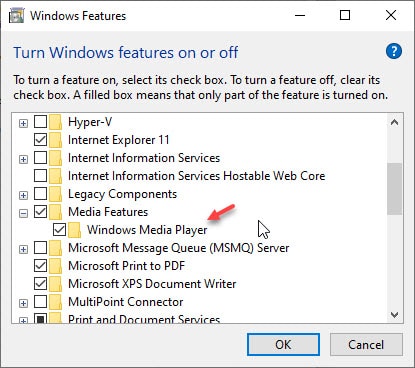 After restarting your computer, you will notice that the load on the boot time is significantly reduced.

If the solutions above did not help you solve the high CPU usage error, you will have to uninstall the application from your computer and remove the residual files as well. This will remove the corrupt files, which may have been the reason why your digital tv tuner device registration application was malfunctioning.

To uninstall the application, open Control Panel > Programs and Features. Here, locate the TV tuner application and click on Uninstall on the ribbon menu.

Once you have uninstalled the application, you will need to remove the residual files as well. Follow these steps for the same:

After deleting the entries, restart your computer and you should immediately notice that the boot time has improved.

Note: If you do not want to mess with the registry yourself, you can use third party batch uninstallers listed in the article.

If you notice an improvement in the boot time and performance, contact the developers if you are using a third party tv tuner application. If it was the Windows application that is causing the error, it may be good riddance after all.

So there you have it. Now you know how to troubleshoot if you see digital tv tuner device registration application consuming high CPU resources. Comment below if you found this useful, and to discuss further the same.