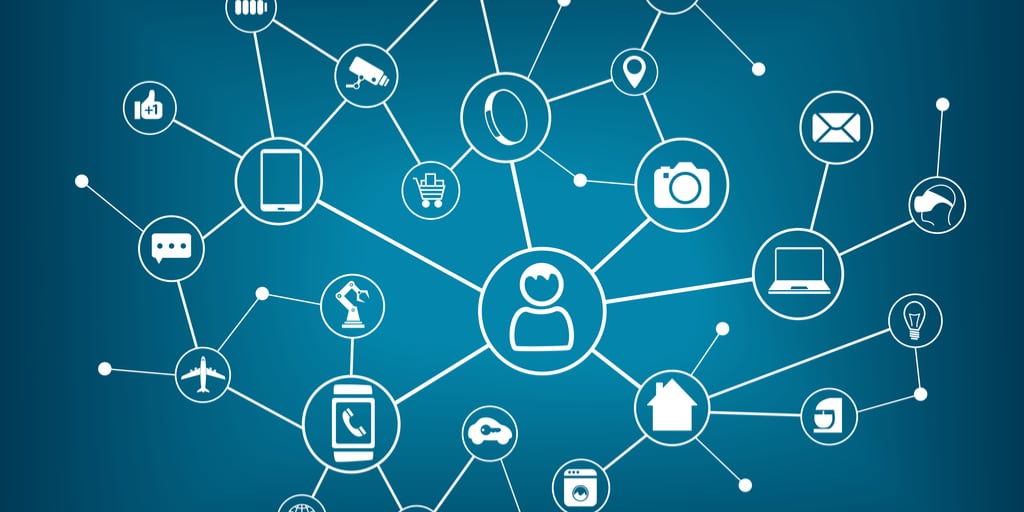 What Is A Network?

A network involves two or more computers which are connected for the purpose of allowing electronic communications, exchanging documents, or sharing properties. The PCs on a network may be connected via cables, infrared light beams, radio waves, satellites, or telephone lines.

Connectivity is believed to be a strategic element whether your business is big or small. The connectivity of your devices to each other as well as to other networks within your business can create a major effect on your clients’ experience as well as your competence.

That is why you had better have an understanding of the fundamental types of network connections with the purpose of making a knowledgeable choice for you and your business.

Below Are The Six Different Types Of Network Connections:

We have explained in brief about each network connection types down below.

This type of network connection lets companies have access to the Internet from a set location. Its predecessor is the outdated dial-up system to connect networks. Also, it is much faster. Examples of broadband connection are ISDN, DSL, mobile broadband, and cable modem.

Broadband installations are not portable. They are attached to only one physical location. Because of the telecommunications expenses, the accessibility of this Internet service is, at times, restricted to cities, even though fixed wireless systems function well enough in some rural areas. The battle of mobile Internet services places an intensifying demand on fixed broadband providers to continue on making their networks better as well as lowering the rates.

Dial-up networks make TCP/IP communication across conventional telephone lines possible. They make use of analog modems which phones up particular telephone numbers to create connections. One setback, though, is that these network connections provide slow connection, with speeds of more or less 56 KBPS.

In addition to that, dial-up delivers very limited amounts of network bandwidth. For that reason, broadband Internet has taken its place for home Internet. Also, it’s slowly being phased out.

One setback, however, is that establishing a direct connection across longer distances is not easy. A good example would be mainstream wireless technologies, which involve keeping devices in close proximity to each other, such as Bluetooth or infrared.

This type is used to connect many local devices to share information. LAN is a close range connection, where devices are typically located within a building. To link a LAN with an outside network, routers are necessary.

However, running and controlling LANs can be challenging because they are intended to support a combination of different gadgets and device configurations, which include a number of operating systems; and because the technologies that support LANs run only across restricted distances, the transfer of data between LANs needs extra routing equipment.

This connection is useful for accessing networks from anywhere through wireless connectivity. Connections between networks are made possible by cellular networks. When it comes to mobile Internet, the higher the protocol, like 4G, the faster the speed and connectivity will be.

However, the operation of mobile Internet connectivity is lower than what is accessible by fixed broadband services. Also, its charge is comparably higher.

This private connection is used to make a private network for safely exchanging data across a public network. Data transmission is generally secured by a technique called tunneling. Large companies usually form a virtual private network to let workers and clients securely have communication. If you would like to try VPN, look through the Best Free VPN for Windows.

Connectivity settings vary over different VPN types. In fact, they should be accurately configured for the network to work properly. Some common challenges that have to do with creating a VPN connection are sudden connectivity cuts as well as failed connection attempts.

Network connections come in many forms. Gadgets may use any of the many different systems to connect to these types of networks. But regardless of which type of connection you use, an Internet service provider that is reliable and promises to deliver speed is more important. To know which plan is best for your Internet needs, check this in-depth article by DailyWireless.