You are here: Home / Software / How To Check The PowerShell Version In All Windows Versions?

While PowerShell may have become popular with casual users with Windows 10, it has actually been around for a very long time. It was first launched in late 2006 and included a large set of cmdlets with support for development across multiple frameworks.

Now, PowerShell supports a multitude of commands, with more being added regularly. It is actually very useful now, with many users preferring the task automation for managing operating systems and other processes that can be done with PowerShell.

While there have been many updates since it first launched, PowerShell became cross-platform and open-source only recently. This means it is now available as a separate package from Windows and is available for macOS and Linux and other operating systems as well.

Windows 10 is provided with PowerShell version 5 by default. Any further updates to this are installed along with Windows updates, so you may not have to actively worry about updating the console.

How To Check The PowerShell Version?

You will be presented with the PowerShell version along with some other details in a tabulated form. 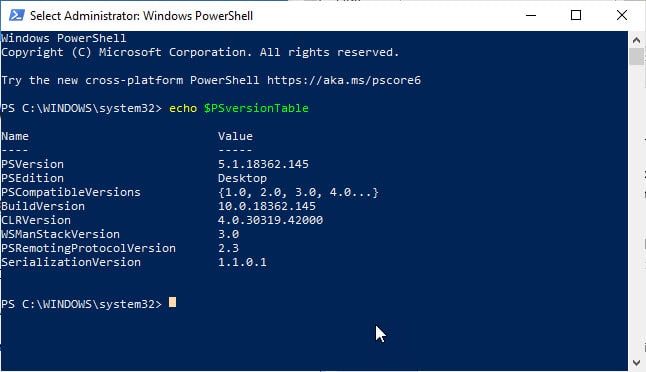 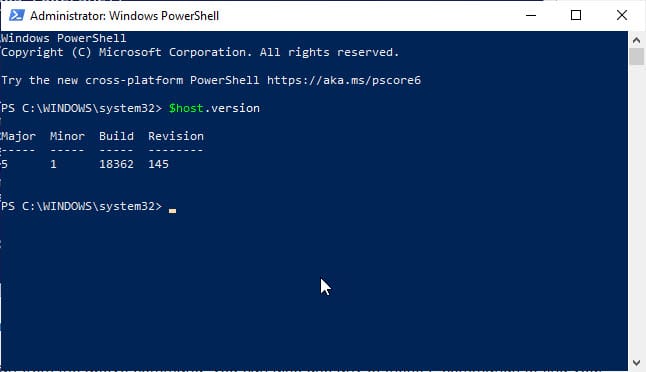 So there you have it. Now you know how to check the PowerShell version using the three commands provided above. Tell us which command you prefer to use for checking the installed version of PowerShell on your computer in the comments below.